Written by admin on 18 July 2017. Posted in Fremantle Foundation News

You may have noticed the Fremantle Foundation moved offices not so long ago… and to celebrate our new space in the Old Boys School along with DADAA, PianoEasy and CircusWA, we’re taking part in the Social Impact Festival Open House!

The Social Impact Open House offers you a chance to take a peek inside the organisations and spaces making a positive impact every day.

The Social Impact Open House is one day where many organisations and spaces around the Perth metro area open their doors to the general public for tours, Q&A, or simply a quick visit. Ask the questions you’ve always wanted to ask and discover impact happening in all corners of the city.

Join us for a short tour of the Fremantle Old Boys’ School as we show you around our new home in the heart of Fremantle’s East End.

Come along and meet staff from the Fremantle Foundation, DADAA, PianoEasy and CircusWA.

The fourth stage or building works have been completed and we’ve just moved in. See the grandeur of this iconic building, and hear about plans for Stage 5 that will see the fit-out of a gallery, cafe, cinema, digital studio and other spaces that will activate the space into a vibrant arts and cultural hub for the whole community. 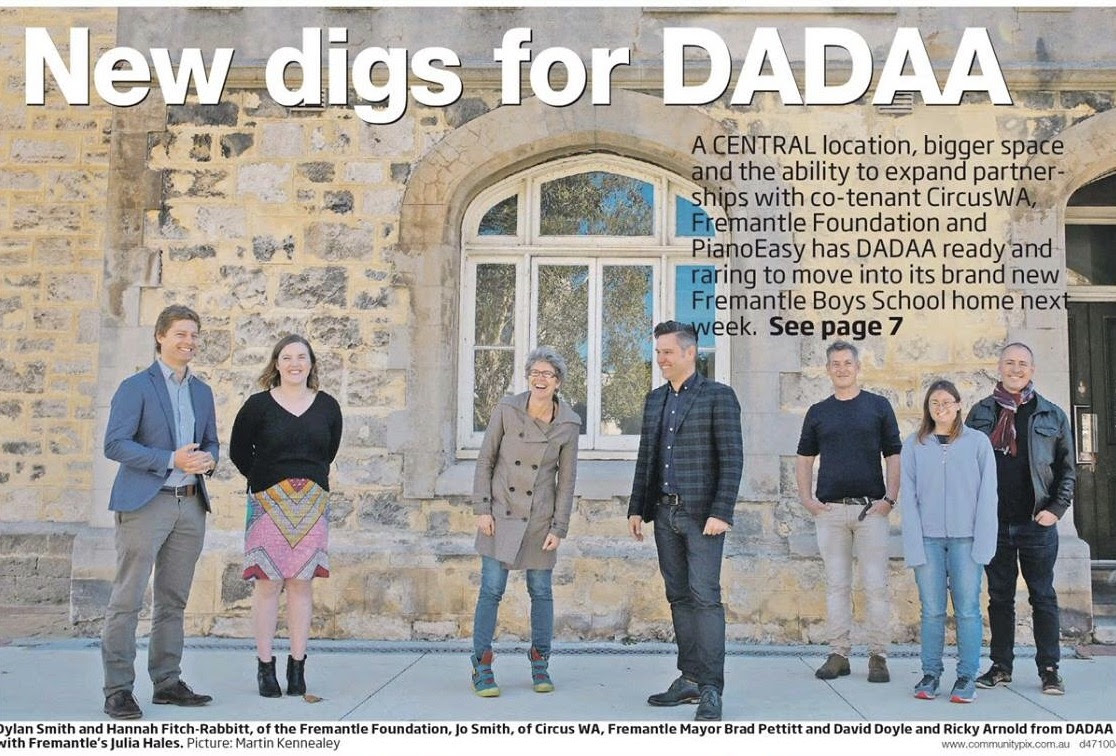 We hope to see you soon for a tour of our new home!